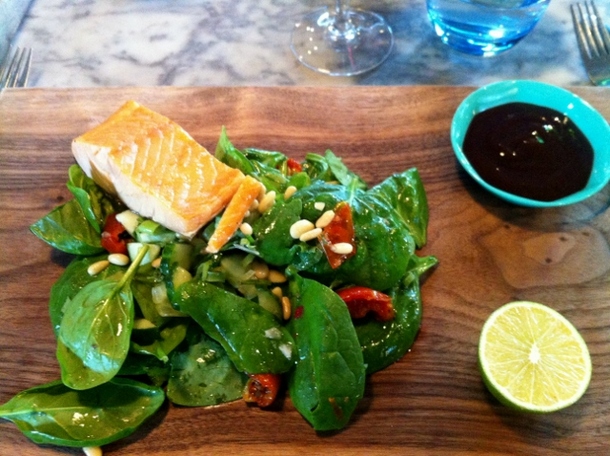 Traditional English cuisine has evolved and immensely diversified over the years. Its original simple culinary attributes were most likely derived from having to keep warm during the cold winter months as the majority of English dishes are very stodgy, hearty and wholesome.

From the Middle Ages and the time of Kings, fish, roasts, stews, pies, broths and lots of bread and cheese was the main gastronomy, utilising ingredients from the local land and sea. Since then ingredients such as Curry and Sweet and sour sauces, Pepper, Cinnamon and other spices have been introduced from foreign lands and are still used today. These were imported from other Continents around the world during the British Empire - from as far as China, India, North America and closer to home France.

However, due to war rationing and post-war immigration, today's British cuisine has been truly influenced by a real diverse mix of cultures and their cooking styles.


You can basically eat anything you fancy from all over the world as it's all on your doorstep from Indian to Chinese, Italian, Thai, American, African, Mexican, European, etc, etc, etc, and some dishes have even been adapted to suit British palates over time. British food has not had a great reputation for many a year but now with numerous world famous chefs, excellent cuisine and restaurants, this stigma has long disappeared.

Being completely surrounded by the sea has helped sustain the UK's fishing industry. Many a variety of fish is used in dishes throughout the UK today from halibut to sole, haddock, plaice, hake, mackerel and a few others. Jellied eels was once a local favourite but lobster and oysters are very much a delicacy today. Seafood has fast become popular to the British nation but their old time star picks are scampi, fish fingers and of course the famous 'Fish and chips' (battered cod), gone are the days it was served wrapped in newspaper. For an alternative breakfast there's the Kedgeree, consisting of smoked haddock, boiled eggs and rice, originating from India, as well as the Kippers (herring) a cold-smoked oily fish and the Smoked salmon with eggs.

All types of meat are used as an ingredient in many British dishes from pies to pasties to roasts. Here's a few you'll be familiar with - Steak and ale pie, Steak and kidney pie, Shepherd's pie, Cottage pie, Pork pie, Beef wellington, Bangers (sausages) and mash, Pie and mash, Toad in the hole and Scotch eggs. Some are named by the region they originated from such as Cornish pasty, Lancashire hot pot and Cumberland pie.

The Ploughman's lunch is mainly a pub delicacy dating back to the 50s including bread, cold meats, cheese and pickle with the additional pickled onions and boiled eggs if you prefer. The British are also recognised for their lovely sandwiches too - these were initially introduced to England by the Earl of Sandwich, during the 18th century. He was a heavy gambler and because he didn't want to interrupt his gambling with dining, he invented the sandwich to have as a replacement meal avoiding re-setting the table. Today we enjoy many a variety of sandwich for lunch, or anytime we're feeling peckish and we are extremely spoilt for choice. Sandwiches are also served with afternoon tea, especially the distinguished cucumber sandwich.

Dairy farming is still a very important industry to the UK today - enhancing the production of delicious cheeses, butters and creams. Cheddar is probably the most well known, along with Leicester, Gloucester, Derby and Stilton cheeses.

There are quite a few super delicious British desserts to choose from which have remained very popular over the years. Bread and butter pudding is still regarded as a top favourite. Victoria and Treacle sponge, Spotted dick, Rhubarb and Apple crumbles, all served with custard are just to die for. Plus, their gorgeous Trifles and Summer puddings are refreshingly good too. Scrumptious scones with clotted cream and jam and shortbreads are very commonplace in afternoon tea servings too. 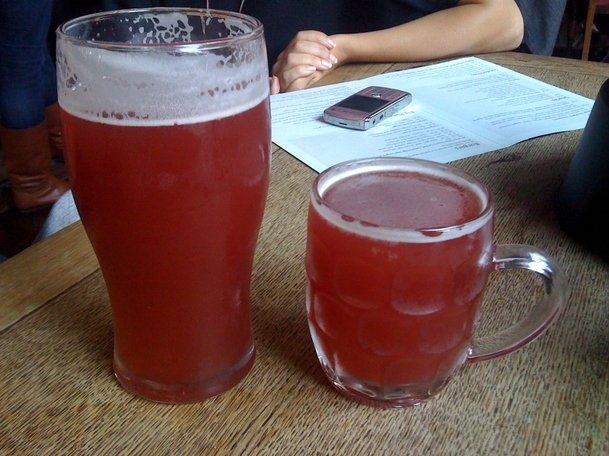 As well as being known for having a few tipples, us Brits do like other drinks too. For instance, Milk - who remembers the old Milk float which used to drop off your glass Milk bottles on your doorstep?

It's such a shame that the personal touch has now long disappeared and just about everything can be bought from your local supermarket, even Alcohol.

And, as for being renowned as the biggest Tea drinkers - well did you know that drinking tea originated from Portugal back in the 17th century when Catherine of Braganza brought the tea drinking habit over to England with her when she married Charles II.

Since then, we have become a nation of avid Coffee drinkers and inherited Coffee way back in the 16th century from around the world.

Hot chocolate was introduced to England during the 17th century.


The good old Barley water seems to appear every year when Wimbledon is on - a fruit flavoured soft drink. I also recall enjoying squash drinks when I was a child, just adding water to cordials (especially the likes of Kia Ora and Ribena).

I've always heard the name Ginger beer but don't believe I've ever tried it - it was very popular during the 20th century. A ginger sweetened carbonated drink available as a soft or alcoholic beverage.

Leading us onto Cider - an Alcoholic drink made from the juice of apples or pears, a popular drink with the locals. As well as Cider, the British population have also become big wine connoisseurs as well as big wine drinkers. Often accompanying a meal with wine as well as on a night out. Due to our weather conditions, wine is mainly imported from all around the world. It was first introduced to England by the Romans.

We also have an appreciation for spirits, Gin and tonic and Rum and coke are still much loved today along with Whisky, Brandy and many a cocktail too, but our summer front-runner is the delicious and refreshing Pimms.

Finally, can you guess what the most popular drink in the UK is? Yes, it's beer (ale/lager/bitter/stout/pilsener). We invented the 'pub culture' (public houses/inns), the local social meeting haunt dating back to Roman times. These have recently developed into trendy 'wine bars' attracting a younger clientele.